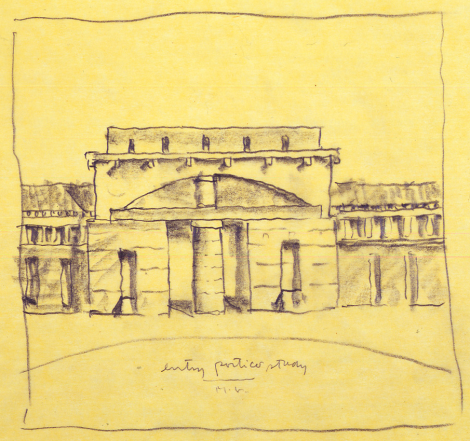 Simultaneously silly and seriously somber, modest and monumental, Michael Graves’ Clos Pegase Winery, the winning scheme from a 1984 design competition sponsored by SFMOMA, is one of the few self-conscious works of architecture in Napa Valley. 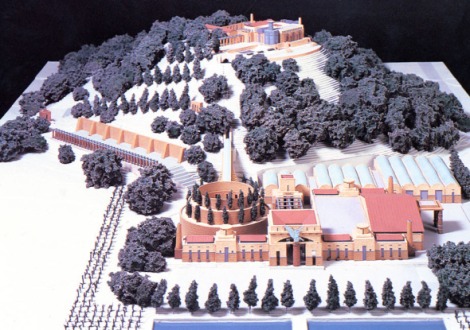 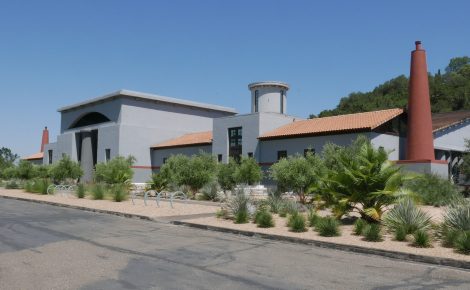 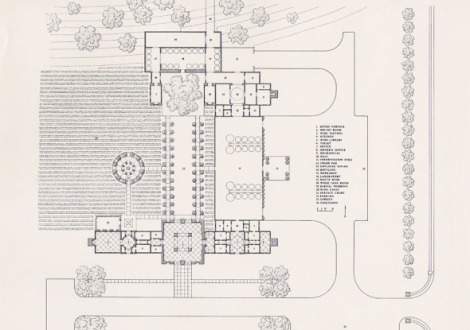 The building is approached through the vineyards via a symmetrical façade, anchored by a central atrium whose entry is marked by a singular Doric column and eyebrow window. Like a Roman house, the atrium opens to the sky via a square oculus supported by four columns. 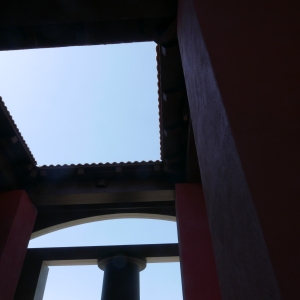 Beyond the atrium is a formal garden aligned with cypress trees, flanked on one side by vineyards and on the other by a barn-like form which houses wine vats. 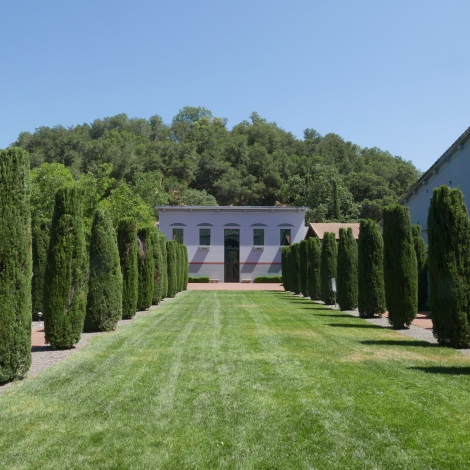 The garden affords various choreographed and carefully framed views of both architecture and landscape. 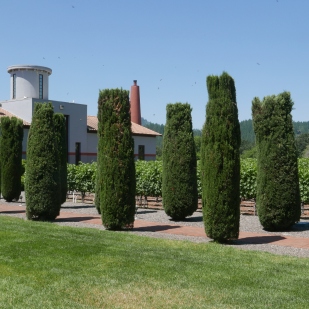 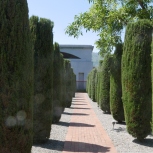 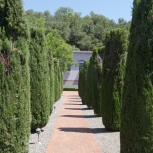 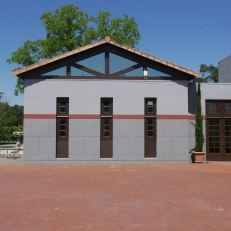 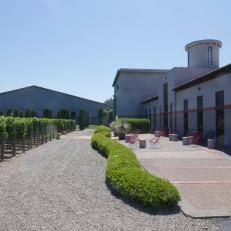 Inside the building, symmetry organizes the sequence of rooms, anterooms and hallways into a considered repose. 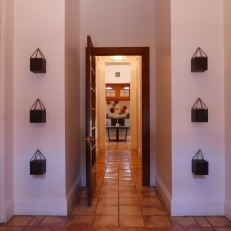 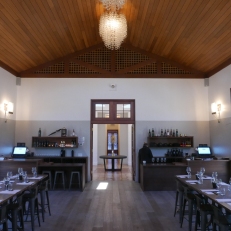 These rooms are expressed on the exterior in simple platonic forms based on square proportions: cubes, cylinders, gable-vaulted rectangles. 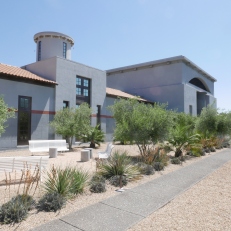 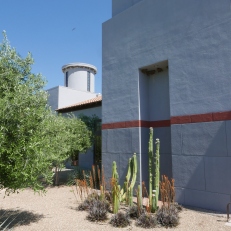 Graves’ vision, however, was significantly grander than what was built – including a sculpture terrace, circular amphitheater and a water course leading to a hilltop acropolis residence. 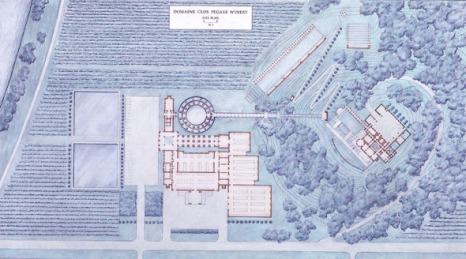 Although certain elements of Graves’ design have been lost – an oak tree that anchored the cypress allee no longer stands and Graves’ warm ochre color scheme was replaced with subdued greys – Clos Pegase Winery still creates a comfortable and potent sense of place within the vineyards of Napa County. The wine is quite good, too. 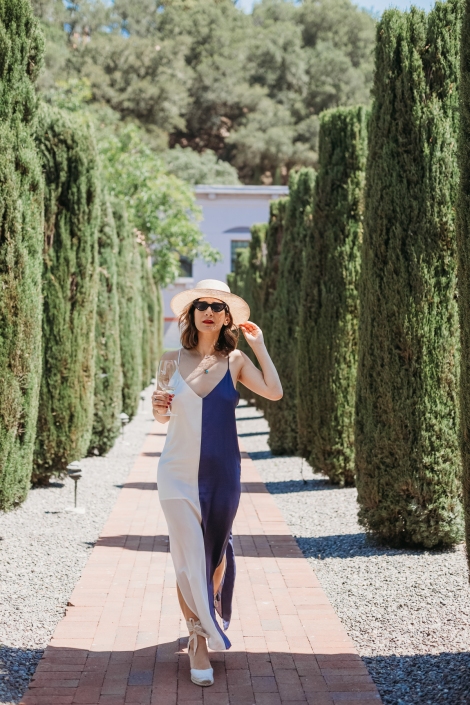